The Story behind Hunwick’s Egg

When a mysterious egg appears outside Hunwick's burrow, no one is quite certain what to think. And when it doesn't hatch right away, everyone is even more bewildered. Everyone except Hunwick, that is. Hunwick understands that the egg is his friend, and he is the only one who knows its secret.

Read all about the story behind Hunwick’s Egg. 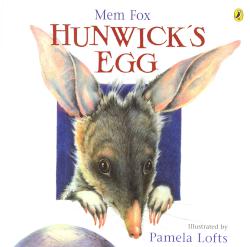