Things have come to a pretty pass when the only news an author has is that it’s finally raining on her parched garden after four months of no rain at all. Is it any wonder I don’t update this website more often? I’d hate to bore you more than I have to. Read on for a crazy mix of totally unrelated items on this long rant, from sandy soil, to recipes, to financial gossip, to philosophy, to good novels… 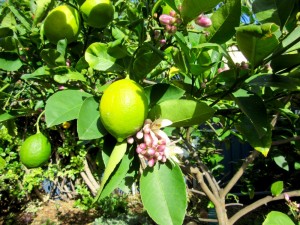 Where I live in Adelaide, South Australia (which is known as the driest state in the driest continent in the world) rain has become so rare that when it happens dogs cock their heads, puzzled by the sound, and little kids run outside saying: ‘Raindrops! I felt raindrops on my face, Nanou. I did! I really, really did!’ So, as anyone in California, sub-Saharan Africa and Afghanistan would know, rain is worth mentioning, especially as I, for one, had done a lot of what I loosely call ‘farming’ work to regenerate the beachy soil we live on by putting newspaper, then fertiliser, and then lots of hay all over the dead-soil parts of the garden where nothing has grown for a year or two. It will be luscious by spring. We are of course in autumn, being in the southern hemisphere.

Anyway, enough of gardens. To people who don’t garden, nothing is more tedious than having to read about it. I know that. I wasn’t a gardener myself until my late forties and used to roll my eyes with lack of interest whenever the subject came up. Then I became a convert, and you know what they’re like—irritating, really irritating.

I also love cooking. I would cook and garden any day, rather than write a picture book. I know, we’ve been there before! It’s the brevity of a picture book that makes it so hard; and finding the exact words for such-and-such a rhythm in this or that sentence; and cutting about two thirds of what you wanted to say in the first place. So let’s cook today, instead. Here’s a quick and easy recipe, scrumptious for autumn weather, or any time really, so long as your religion allows you to eat pork. It comes from a German friend.

Cut the bits of whitish skin off the filet
Press into the filet the mustard and rosemary
Heat the oil in a non-reactive casserole dish on the stovetop
Brown the pork briefly on both sides
Pour in the wine until it’s half way up the pork filet
Bring it to the boil and then immediately turn it right down and allow it to simmer uncovered for 25 minutes. No need to turn it over.
Remove the pork and wrap it in foil to keep it warm.
Add 250mls (a cup) of cream to the juices in the pan and let it reduce a bit till it’s thicker but there’s still plenty of it
Cut the pork into thick slices and add it to the sauce.

Serve the pork (and lots of sauce!) with boiled potatoes and green beans. Mmmmmm.

In case you think I’m only cooking and gardening, or that my mind is totally off writing and education, no, no! I’m still visiting many places in Australia doing my thing: in a couple of weeks I’ll be in Victoria—in Geelong talking to teachers, and Cranbourne talking to parents; then to Canberra at the end of May for a speech lauding public schools; then in mid-July to Albany, Western Australia, to speak at the Early Childhood Educators conference; and then in late July and early August, to Los Angeles for the SCBWI annual convention, to talk about writing picture books, run workshops and take part in a Q&A session. Contact my assistant Edna at [email protected] if you want details of the dates and places. My editor, Allyn Johnston, will be at SCBWI. Over the years she has published 25 books that she has discovered from wannabe writers at SCBWI. No wonder it’s so well attended.

Talking of writing, if you’re interested in what writers don’t earn, read on. (It used to be thought of as tacky to talk about money, and my apologies if you still think so, but I want to be frank here, not coy. I know that many people see writing as a possible way of earning a good living.) Contracts for most picture books pay 5% of the recommended retail price to the author and the same to the illustrator. So, from a book that costs $16 in a bookshop, the author and illustrator will each receive 80 cents. And they are given only six free copies of their own books (occasionally twelve) on publication, after which they have to buy their own, albeit at a discounted price. Which is why, as happens several times a week, when organisations ask for donations of signed books for fund raising, it costs the author the price of a book and the postage, which in turn means they have to sell another 20 books to earn that money back. Most authors I know, including myself, I hasten to add, are very willing to donate books to good causes, and do so generously, but I thought this information might be enlightening to those in the dark. Writing picture books is not the way to instant riches. After many years you may have a successful ‘backlist’ (that’s all of the books you have published up to that moment, if they are still in print) and you may, in fact, be able to earn a living. But hey, the rewards of having been published are great anyway, and the affirmation is fabulous.

About affirmation, the older I get, and I know I have said this often, the more I realise how important friends and family are, and how little anything else matters—so long as you are not about to be put to death in Indonesia (RIP Myuran Sukumaran and Andrew Chan: what a devastatingly sad outcome) or are surviving a horrific earthquake in Nepal. About friends, then: my drama school year (1965-68) is about to celebrate its 50th reunion in London. Sadly I can’t be there, but perhaps 30 of the original 50 will be. In the meantime we have reconnected so much and so often in the last few weeks, through email and social media, that I have had a nostalgic lump in my throat (there’s no such thing of course, as a ‘nostalgic lump’ in anyone’s throat, but you get my drift!) and have been shrieking over the memories and photos. If I say ‘London in the mid-sixties’ need I say more? By the way, I am not one of the clever social media detectives who have found so many of us. I am not on FaceBook, nor do I tweet or Instagram, or anything else. I’m still working, after all, with all that that entails, and am also a busy and involved grandmother. It’s the time factor. I can barely find the half-day every two months to update my website.

I usually list great books that I have read recently but this time I’d like to rave about only one author and her books: Elena Ferrante. She’s Italian and totally secretive and reclusive. She does no publicity whatsoever, lucky woman, yet she’s Italy’s best selling-writer. She says that ‘books, once they are written, have no need of their authors.’ The Boston Globe says, ‘Everyone should read everything with Elena Ferrante’s name on it.’ A few foolish people think she might even be a man, but no man could write about the things she does, in the way that she does it. I have just devoured the first in her four-book ‘Neapolitan series’: My Brilliant Friend, and am deliciously halfway through the second: The Story of a New Name; the third is Those Who Leave and Those who Stay; and the fourth is due out in English later this year.

Having said that I would mention only one author, I do need to say that every so often I get so irritated with modern novels (the banality of the writing drives me crazy) that I wander back into nineteenth century and early twentieth century literature to find a well-written, utterly engaging novel that I know will not disappoint. The most recent example of such a book is Edith Wharton’s The Age of Innocence. Divine! Not being American myself meant that a large, blissful treasure-trove of novels awaited me in my adulthood. We didn’t study American literature at school. I didn’t choose to study it at university. What a treat it has been! When I discovered William Faulkner and Willa Cather I thought I had arrived in paradise.

I keep meaning to make a list of great picture books for 0-5 year olds, but choosing and finding them, and remembering to do it has defeated me. There are so many stunning books for this age group it would take me weeks to complete the task. The last five years have been the first five years of my grandson’s life so we have been immersed in brilliant books of all kinds, laughing like drains, riveted, fascinated, repeating the same ones over and over and in the most joyful space imaginable. As a result he adores school and his ability to read is… well, I won’t brag, it’s disgusting, and it’s his private life after all, but just let’s say that Reading Magic works. (The author of that little book might be vaguely familiar to you!)

All the very best till next time.