This blog and I are about to burst, at last, into the Twittersphere. I know! After everything I’ve ranted about in the past! Why the change of heart?

A few unreal Mem Fox Twitter accounts had emerged, some hideous, (what is it that causes people to be so mean?) and some kind, but none of them was me, or mine. So @therealmemfox has, perforce, had to creep out of its foxhole into the sunlight of social media. Good grief, it’s so bright out here!

Before I go on, for those at the SCBWI convention in LA in August who kept asking me where to buy my CDs: one for younger listeners from birth to 3, called Baby Magic and one for 3-7, called Classic Magic, go to Audible.com in the USA or Bolinda.com in Australia.

I still have too little time for anything really, except real & hectic family life; real slogging-away-at-it-work; and very real friends. So no matter how much I truly hope to do better, no matter how often I feel guilty and blush over not tweeting or updating blogs and websites regularly, I know I’ll fail to keep any resolution I make. I’m so sorry. Let’s just agree between us that at least six times a year I’ll say: Yoo hoo! I’m still alive. Is that OK?

The big news, after no Mem Fox titles for two years, is that not one, but TWO NEW BOOKS are out now or soon. (I know: too many capitals.) In Australia THIS AND THAT, with gorgeous find-the-rats illustrations by Judy Horacek, will be in the shops in the blink of an eye (October 2015). See below the ancient and modern creators of This & That: 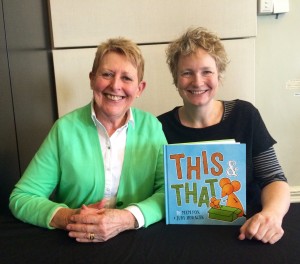 In the USA in December (2015) and also around the same time in Australia, NELLIE BELLE will make its debut, illustrated by Mike Austin in a hilarious 1930s style. Nellie Belle was our real dog and the first verse was spoken to her directly. Sadly, she has since passed on. I mean ‘died’, but no one seems to understand that word any more.

Both the above books are in the usual Mem-Fox-for-little-kids mould: lots of rhyme, rhythm and repetition. There’s a reason for that. I read somewhere, years ago, research from Oxford University claiming that children who were dyslexic had no sense of rhythm and were unable to recognize rhyme, whereas children who learnt to read before school had no such handicap. Reading aloud rhyming, rhythmic books to babies and toddlers seems to me, therefore, to be like inoculating children against illiteracy. So someone has to write that kind of book.

I have another exciting piece of news about POSSUM MAGIC. (Will that book never die?! Probably not. On its first publication, long ago, in 1983, it was an instant success, and has been voted by booksellers this year as Australia’s best-selling children’s picture book. Still! In 2015! Why?! The illustrations, probably, thank you Julie Vivas!) Anyway, enough of the exclamation marks, my most common literary sin. POSSUM MAGIC is now out in yet another new edition, this time with a CD inside the back cover, with me reading the story. I’m glad I didn’t wait any longer to record it. I’ll be 70 next year, and I might start to sound old, even though, as a baby boomer, I’ll never actually be ‘old’. Good grief. Such a thought!

Family news is all good, apart from the health of my little sister (aged 59). If you believe in prayer, feel free to pray for her, please.

Theo, the five-year-old light of my grandmotherly life, is an excellent reader. And a good mimic. When he reads any book aloud he sounds like exactly me: drama, drama, drama. I don’t know whether to laugh or to cry with relief that all the advice I offered in READING MAGIC did indeed hold good with him. I’d have looked such an idiot if it hadn’t.

When it comes to my own reading, I have to say what a disappointment it is to do as I’ve just done: that is, to read three different novels until I got half-way through and then to toss each one aside as not worth finishing. You wonder where the editors were. You wonder what the publishers were thinking. You ask yourself if the authors themselves thought they had anything worthwhile to say. And if they did, why didn’t they work harder with their plots and characters, let alone their micro-choices of individual words? It’s enraging and dismaying and puts you off reading anything.

Then you come across a novel like TO NAME THOSE LOST, by Rohan Wilson, and you sigh with relief and sink into it, knowing immediately that you’ll be in safe hands till the last page. And from one of my favourite authors a heavenly new book: THE DUST THAT FALLS FROM DREAMS, by Louis de Bernie res. I lost myself in it for endless happy hours.
And best of all, the final book, the fourth in the Neapolitan series by Elena Ferrante, called The STORY OF THE LOST CHILD, which is finally out in English. I’m loving it. I was totally addicted to the others, too. They’re so different and honest and brutally real that I’m drawn, mesmerised, into a world I feel I know intimately and want to live in forever, so long as I’m kept safe from its vicissitudes. I will be so desolate when I’ve finished this latest book that I’m reading it in little sips.

As you may know from an earlier entry in my erstwhile blog, I’ve been to a million conferences this year and given two million speeches, each one written for that particular audience. It nearly killed me. I care so much about what I’m going to say and how I’m going to say it that I’m almost making changes in pencil as I’m being introduced.

The biggest of these events was the Society of Children’s Book Writers and Illustrators annual conference in Los Angeles. I was so energised by it, and the people I met, I could have flown home with my own wings. But I have loved the smaller events, too. For example: 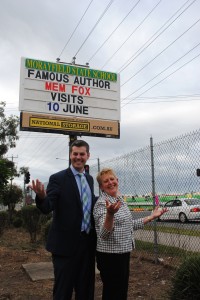 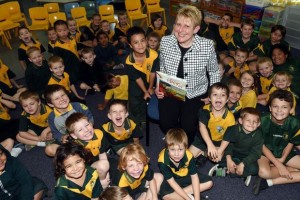 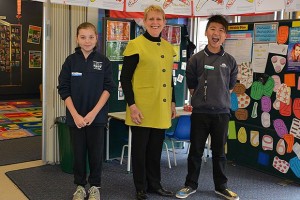 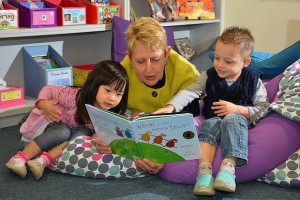 There may be other events that I haven’t covered which my brain refuses to cough up right at this moment. Thank you, everyone, for the affirmation, energy, enthusiasm and friendship I’ve received.

Fortunately, I come home from these glittering events to some mundane household drama or other that brings me back to earth fast. After the LA trip, Theo came round soon after I’d arrived and we went into the back garden to play, and unnoticed, stepped into something unsavoury. He was wearing shoes with grooves in the soles. We both tramped through the kitchen. Need I go on? Fortunately I have good supply of plastic gloves, and find kneeling very easy, and vomiting a rarity. 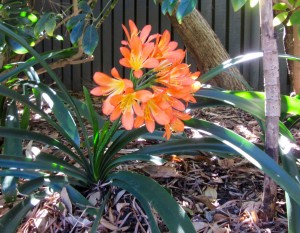 Spring has sprung after a long and miserable winter. But it was cold and bleak enough to keep my editor Allyn Johnston happy for twelve days in early September. She lives in California where it’s the same lovely weather day after day, so she loves the cold wind and mist and rain. We worked like crazy, finished almost nothing, but had wonderful ideas and plans for new stories, including a series of picture books about the same characters. A few first drafts were completed, but I may not go back to them for months. My usual way of working is to write hardly at all and let my subconscious get the job done over several years. However, at the moment, miraculously, I am deeply involved in writing and can’t leave it alone. Most unusual. Chalk it up!

I wrote a draft today, for example: the third ‘first draft’ I’ve written for that particular story. Each draft was as shocking as the last. It may seem like time wasted, but actually every draft is a stepping-stone over the rushing waters of creativity. No draft is a waste of time. However, they can be depressing. You ask yourself how could have written such garbage when you know full well what good writing looks and sounds like.

On a happier note, and because I went to drama school and love theatricality, and because I live in a highly political family, I have to say that the political events in Australia recently (Sept 14th-21st) had me hopping with amazement and joy. Neither Greek tragedy nor Shakespearean comedy hold a candle to the dramatic way in which we Aussies end the careers of our prime ministers. Five in five years! Poor souls. They are humans, when all’s said and done. And they did try to lead us, although some may say ‘up the garden path’. Sadly, politics is not about theatre, it’s about people’s lives. Even Theo can articulate that the best politicians are the ones who take care of the old, the sick, the poor and the environment, among other things.

If you have read this far, thank you for your patience, as they say on those enraging phone messages. (I yell at the phone: ‘I HAVE no patience, you drongos!’ And various other deleted remarks that would surprise those who know only the beautiful language of my books.)

Until next time, to quote from TEN LITTLE FINGERS, three little kisses on the tip of your nose.