And anyone who reads Who Weekly will have noticed the exciting fact that Possum Magic hit the front cover on Oct 6th.Click here to read the article. 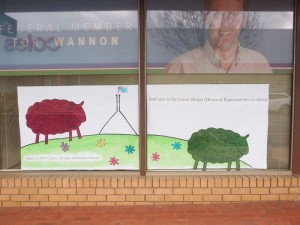 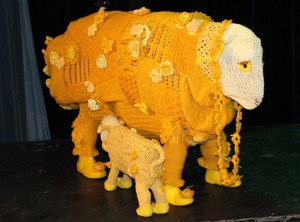 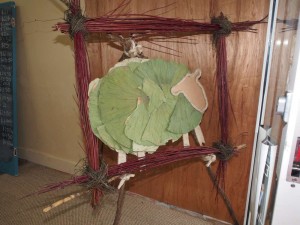 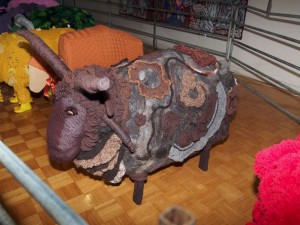 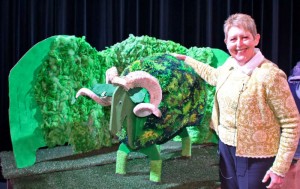 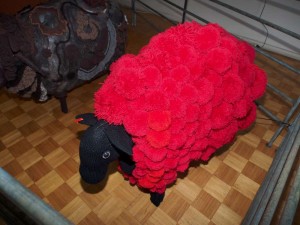 I feel as if I’ve been ill for a thousand weeks. Or at least half the year. Or months anyway. OK, perhaps it’s only weeks. Being an ageing, chronically asthmatic grandmother means I have absorbed every germ and virus that Theo, aged 4, has picked up at childcare and kindergarten this year. From time to time I have been so still with breathlessness that I have thought of calling my sisters and saying goodbye, but that’s the drama in me. (I can say goodbye to my immediate family without a phone call, you understand.) But, happily, I have not been in hospital. And I have been travelling, so life hasn’t stopped completely. In fact the air travel has been part of the problem. Asthmatics with viral lung infections shouldn’t really be on long flights, but when you’ve been booked a year or more prior to an event it’s impossible to cancel. Or at least I feel it’s impossible.

So! Since I was last in touch I have been out and about. The events I’ve attended and spoken at have been vastly different, but each was heart-warming and highly rewarding in its own way. I have to say that as I get myself ready for these events I wish that I weren’t quite so old. In my honest opinion I look like someone who’s beyond her use-by date. I feel sorry for the children and adults who have to look at me performing.

I was at the Royal Prince Alfred Hospital in Sydney on Sept 17th at a parade that celebrated children who had survived being premature babies. Because Theo had been such a child himself I found it very moving to see the kinds of children they had become: normal! Hurrah! The medical staff who care for these children and keep them alive, and then thriving, deserve to have their feet kissed daily. Lovely photos of this occasion can be found at this link.

The last weekend in September, staggering around airports with my lungs in uproar, I flew to New Zealand for the NZ Reading Association Conference. I recall speaking twice and loving the audiences to death and then spending the rest of my time in bed in the hotel feeling woebegone and anxious. Dear, oh dear! The idiocy! I should have cancelled, but other keynotes speakers had had to cancel through illness (caused by what seemed to be the same vicious virus) and what if none of us had been there?

I then flew home to Adelaide for a precious 19 hours, re-packed my bags with summer clothes, and flew to Indonesia, to the Ubud International Readers and Writers Festival in Bali.

The setting was sensational, as you can imagine. The sessions were fantastic: intellectually exciting and exhilarating, well-run, brilliantly chaired (in my case by Jeni Caffin , three times: blessings and thanks!) and always on time. Incredible authors were at the festival, from all over the world, such as Sebastian Faulks who wrote one of my favourite books ever: Birdsong. And Richard Flanagan, who this week won the Man Booker Prize for his book: The Narrow Road to the Deep North. And the wonderful detective writer, Val McDermid, a larger than life, hilarious character who seems to have walked off the pages of a book herself. And for me the most exciting of all, Eimear McBride, who wrote a book I raved about in my July blog: A Girl is a Half Formed Thing. I could barely speak to her when I found myself in the same room. I gabbled my admiration, like a fool.

An unexpected highlight of the festival was standing in for Alison Lester, the renowned Australian children’s writer and illustrator who had had to cancel at the last minute due to a chest infection—probably the same darn thing as mine. The event was a Women of Letters evening at which five well-known women write a letter on a given topic (‘lost opportunity’ was the topic on this occasion) and read it to the audience. It’s supposed to be a non-tweeting, non-recorded, private event so the writers can be as frank, funny or moving as they wish, without fear of being reported outside the venue. It was a hair-raising, risky thing to do at the last minute, and I was, I admit, outrageous, and caused a stir, but because it all happened behind closed doors that’s about all I can say on the matter. Aha! However, thank you, Michaela and Marieke Hardy, for allowing me the scary ride.

In between my talks I stayed in bed a lot and even quietly cried once, pathetically, in misery and worry over my non-functioning lungs. From afar, my life must look very exciting and thrilling, but in reality being a writer, especially when you’re out and about, is just hard work, like any job in the world, with enough happiness thrown in to make it pleasant. Fortunately a friend from Australia, Cate Fowler, was also at the festival. She kept my spirits up and provided company when I needed it. Cate, many hugs of gratitude!

Meanwhile back home, the other three: Theo, Chloe and Malcolm, hung in there without me for ten days. I always think the whole shebang will collapse in my absence as I am such an awesome cleaner/ organiser/cook/comforter/CEO type of person, but somehow they managed to hold things together in my absence.

The longer I live the more I realise that family and friends are the key to happiness. Obviously it’s good to have food and shelter and a shirt or two, and not to have to worry about those items, but honestly, things like where you went to school, the brands of clothing you wear, the kind of car you drive, the place you live in, and the things you own are wildly unimportant in the end. Take it from a 68 year-old! I had coffee with a close friend this morning and was incredibly happy the entire time. Of course. And what would I do, and who would I phone every night I’m away if I didn’t have a husband somewhere, who cared deeply about me and wanted to hear every detail of my day, every day? It’s our fellow humans who make our world worth living in, nothing else.

We’re very excited in our family because Theo (4 years and 9 months) is starting to read. We have just begun to notice what’s happening. A few days ago I was at a playground with him and I gave him a bottle of juice.

‘What is it?’ he asked. I said I didn’t know, but that I thought it was tropical juice. He looked at the label (no pictures) on the bottle and read: ‘Apple, mango, banana.’ He just did it. OMIGOD, it’s happening, just like the lady said it would in Reading Magic! By the way, I disapprove of fruit juice. It’s the greatest cause of obesity in Australia, but as Theo’s arms and legs are like twigs and it was a very hot day, I let him have it. Thank God. What a moment!

Talking of reading, I’ve read a lot lately and haven’t loved everything, I have to say, but these are fabulous if you want to escape from the real world for a moment;

And on that happy note, till next time, all the best!