Australia, I love you! We have survived.

This isn’t us, but it is a photo of our beach this evening, which encapsulates the peace of our corona lives. As for news? Been nowhere. Done nothing. Stayed well.

[I get despondent halfway through this blog, but if you read for long enough there’s cheerful news about four forthcoming books, towards the end.]

All right, I take back every mean and angry thing I said before about our politicians’ initial slow reaction to the dangers of Covid 19. We’ve had only 102 corona virus deaths in a population of 26 million. Our prime minister, Scott Morrison (for foreigners, our equivalent to the USA president), and Steven Marshall, the premier of our state (South Australia) have both been exemplary in listening carefully to the scientists, acting on their advice, and therefore keeping us safe from harm. I’m grateful for their speedy, sensible decisions, which have kept us much safer than we had first feared. I don’t vote for either of these people, but in times like this politics has to be set aside and high praise bestowed where high praise is due.

Because our state moved so fast to close its borders, and our premier was obedient to the chief health officer, Nicola Spurrier, who is now regarded as some kind of Goddess Protector, we’ve been relatively lightly hit by this terrible virus: a mere 432 cases and 4 deaths in our entire state, and no cases at all for the last  three weeks (as of June 16th). For the sake of everyone else, let alone us, the population of South Australia has kept itself socially distant, washed its hands, stayed home as much as possible and behaved like good and faithful children, without any pouting or sulking. We haven’t had to wear masks; we were allowed to go to our hairdressers, which kept us from being too cast down by the other restrictions and closures; and best of all, our schools closed for only ten days. On a personal level, risky though it was, we saw our grandson daily. We practically live in each other’s houses.

I admit that only Ms Corona could have stopped me from leading the same old, same old crazy, exhausting life, and she stopped me dead (not quite) in my tracks, for which I am truly thankful. All my events were cancelled. I was sleeping well, doing lots of slow cooking, walking on the beach, making long phone calls to friends, binge-watching television, reading great books and gardening for the forthcoming winter. I grew to adore the peace and silence, the calm and the slow pace. You may have noticed that this entire paragraph is in the past tense…

Last week came the apocalyptic announcement that our state borders are to be opened again on July 20th. I wanted to yell: ‘No-o-o-o! Wait! Not yet!’ I regret the possibility of our world waking up. That wicked corona witch hasn’t disappeared, she’s merely gone into hiding and will no doubt creep back as fast as she can to give us a second wave if and when we become so cavalier and confident that we forget to wash our hands or keep a social distance from each other, or try to go back to the ‘normal’ lives we lived before. Will relaxing the restrictions end in tears again?

Tears! Tears, tears, tears, and the Black Lives Matters protests. I was, like most of the world, horrified beyond description by the broad-daylight murder of George Floyd. It was sickening. What kind of people act like that? Or watch it happen and just stand there, saying nothing? How numbed are their emotions? How dehumanised are they, to be able to ignore the fact of someone dying helplessly in front of their very eyes even as they were being filmed? For heaven’s sake! And as if that were not enough, there was the ghastly knocking down of a 75 year-old protester who lay bleeding from the ear, with blood dripping on to the pavement, while people stepped right on by, even though he may have been dying, or even dead; let alone the shocking spate of police shootings since then, resulting in yet more deaths of unarmed Black people, as if a single Black Lives Matter protest hadn’t occurred!

Much to my shame, I’ve been similarly horrified again and again, here in Australia, where 434 Indigenous men and women have died in police custody since 1991, some in circumstances almost as callous and avoidable as that of George Floyd. Some of the deaths were so ghastly I can’t even tell you about them. Read this instead: https://www.theguardian.com/australia-news/2020/jun/06/aboriginal-deaths-in-custody-434-have-died-since-1991-new-data-shows

As a writer, not much changed for me in terms of daily work habits during the lockdown. I’m at home most days anyway, but some days go from routine to special. Messages come into my mailbox that blow me away. For example, on June 10th, when the Black Lives Matter protests were at their absolute height, I was sent the surprisingly hopeful news from one of my American publishers, Houghton Mifflin Harcourt, that Whoever You Are had had a meaningful sales spike that week. They wanted me to know that the book was having an impact, and families were finding it helpful during this challenging time. 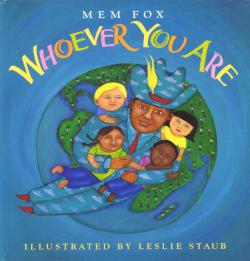 Pages of hope and understanding? Yes!

Thankfully, it seems that my life-long battle against racism has not been forgotten and may be providing comfort to those who most need it. On the same theme, a  Chicago bookseller told me the board book edition of Ten Little Fingers and Ten Little Toes had also been selling exceptionally well. Both these books explore our sameness, across all the countries of the world: all races, colours, religions, genders and ages. Does this information light a beacon of hope on a mountain of despair? Fingers crossed. 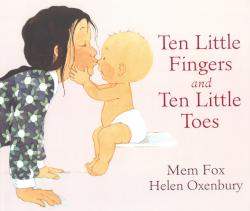 I’m also thrilled to announce that in spite of Ms. Corona, Penguin Random House in Australian accepted a new book of mine last month, which is EXTREMELY EXCITING as it was the book I had started to write in my head in hospital last year, when I was too a weak to do anything else. And in further work news, to show that I haven’t let myself go to pieces, I’ve done some intense editing on several forthcoming US picture books, phoning Allyn Johnston (my editor) back and forth ten times a day. Slight exaggeration. She’s in San Diego, thank God. We don’t have to manage the NY time difference. So! You and I can look forward to these four Beach Lane publications over the next four years: Early One Morning, Illustrated by Catherine Devenier; Cat Dog, Illustration by Mark Teague; Our Dragon, illustrated by Linda Davick; and the new Australian book, which doesn’t have a title yet, nor an illustrator. In four years, I’ll be 78. I will have been a writer for 41 non-stop years. I may be dead of course, by then. Let’s get real. One can’t go on forever. Although I am fit…

My grief and panic over the closure of my fitness class (still closed due to the virus) has meant that I’ve had to take matters into my own hands, literally. Oh, I know I started off in a grandiose manner way back at the beginning of all this, as we all did. Our good intentions were all in place, were they not­?— and we were ready to go. I had intended, if you recall, to run up and down our stairs ten times a day and do 40 step ups. Frankly, that lasted for about a day and a half and I’m surprised it lasted that long. The mere idea of it was appalling and boring. So, the corona kilos piled on. I lost muscle tone. My core muscles weakened. My mood dropped. Something had to be done…

The result is that I walk five days a week for half an hour with my very pleasant neighbour. That covers my cardio. Hah. And religiously every morning and night, I lift my 6 kilo weight (13.7 pounds) straight up, 20 times: first one arm, then the other. I say ‘religiously’ because I feel like a sinner if I forget. I look pretty hilarious on the last three lifts: …18, 19 and 20, swaying back, breathing heavily, grim-faced, you-can-do-this, baby, yes-you-can! The weight-lifting thing takes less than two minutes morning and night, which adds up to less than half an hour a week. Hysterical, I know, but I am stronger, nevertheless, and breathing well, and am only marginally fat. Interesting word: fat. Not often used these days as it’s seen to be offensive.

Our documentation of every small thing connected to this virus will be important for future historians, let alone novel writers who want to get their details correct. For this reason, since April 1st I’ve kept a specific corona diary, just one short thought a day about the effect the virus had on my life, on our lives as a family, on that particular day. I mean little things, such as who uses coins or bank notes these days? It would be a mistake for a future novelist to forget, for instance, that debit and credit cards are mandatory in most places, in Australia at least. I look at real money now and draw back: ‘Ooh, filth!’ And because no one is going anywhere, our cars stay in the garage much of the time. We rarely have to to fill them up. The price of petrol has gone down from $1.70 per litre prior to the lockdown, to 88 cents per litre at the height of the lockdown. Also, as the rules have begun to relax and cafés have re-opened, we have been asked occasionally to forgo the warmth inside a café and sit outside in howling winter winds (this is the southern hemisphere, people!) because the ratio of space-to-patrons had been exceeded. We don’t mind. The rules have kept us safe thus far, so we’re all happy to comply by freezing to death instead.

And I’m sure everyone else who’s been keeping a corona diary has mentioned the baking of bread. (Then we wondered why we had to eat it.) The baking of bread been as symptomatic of corona times as the hoarding of toilet paper. I made bread twice. I loved the kneading: Zen and the art of bread-making, etc. My first attempt looked great, rising, but in the end, it was so hard an axe wouldn’t have had any effect. 24 hours of hard labour for nothing! It was a magnificent contribution to the compost bin. Usually, I pride myself on my culinary skills. Not that time. Darn. Here’s my ‘rising hope’, under a Judy Horacek teatowel. The second attempt was a recipe from my Italian brother-in-law. He’s a natural cook who often shows me what he’s making while I’m on Facetime with my sister. When my own attempt at Giuseppe’s bread emerged, it was so picture-perfect it looked as if it had come out of Vogue Living instead of my own oven. But appearances can be deceiving. It was just edible, out of politeness to me, but why did we need ‘artisan’ bread when neither of us was harvesting the olives or ploughing the fields? That’s it for now. Because the world is in a dark place at the moment, and in many countries becoming even darker, my thoughts are with you all. I have no idea why that’s supposed to make a difference, but it’s what we say at times like these, when other words fail us. Seriously, I’m thinking of you, and wishing you well, wherever you are.